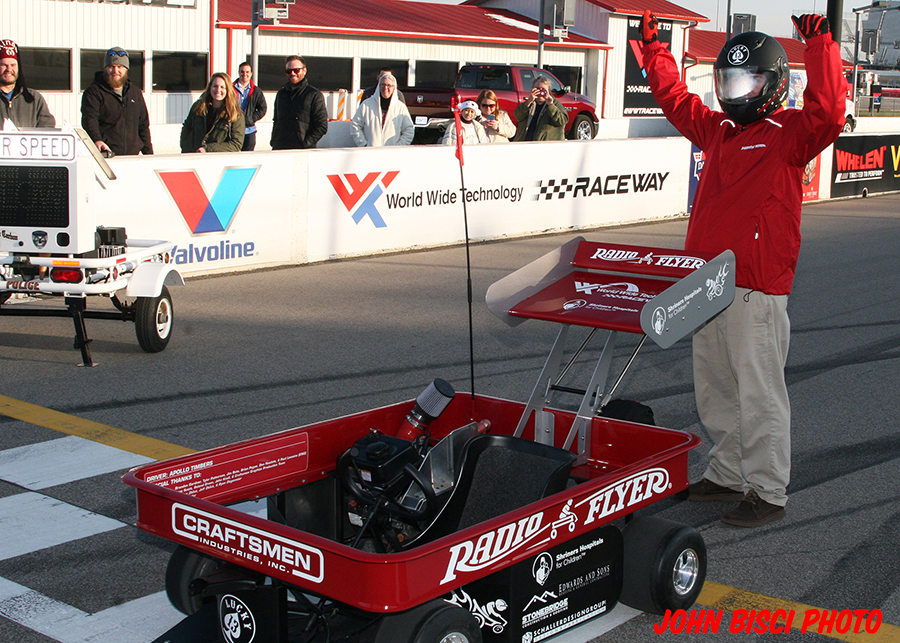 The world record attempt had a noble cause: to aid Shriners Hospital for Children in St. Louis. Years ago, Schaller, as a single father, was aided by Shriners Hospital when his son was admitted there for treatment.

“They lived their mission of providing the best of care for my family when I was at my lowest in terms of financial ability,” said Schaller. “I’ll never forget that, and I’ll never stop trying to pay it forward. The thing I remember most about those fearful moments of having a sick child was the smile on his face as he was transported through the hospital in a donated Radio Flyer wagon. Even when we both were scared, those moments in that wagon, my son got to be a kid, not just a sick kid.”

The driver, Timbers, himself was a “Shriners kid” at the St. Louis hospital. 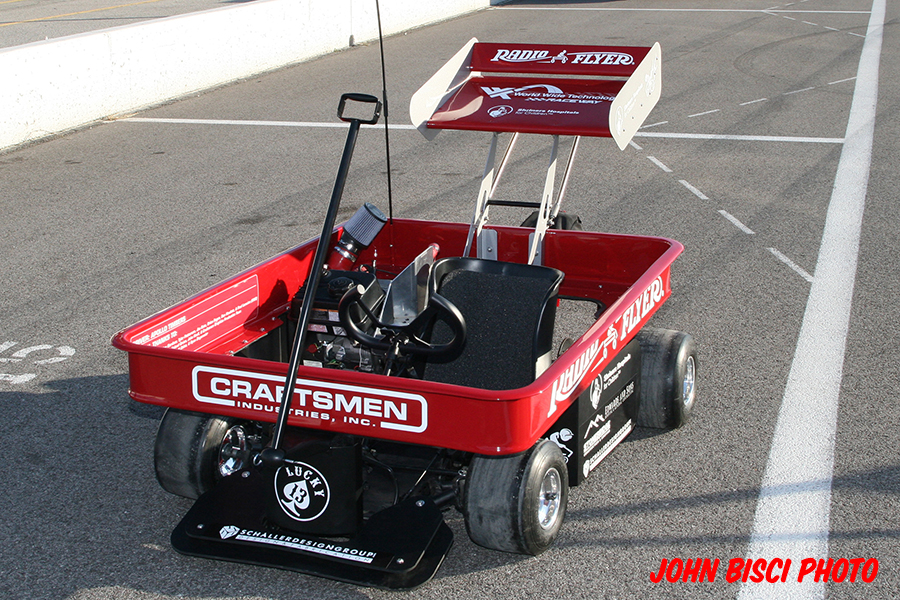 Since there was no previous record or attempt, any speed attained today would have set a world record. Speed was monitored by officers from the Glen Carbon, Illinois, police department. Outside air temperature: 42 degrees (sunny, slight breeze).

Earlier this year, Craftsmen officials shared their idea with the Radio Flyer company. The 104-year-old, Chicago-based toy company lent its support to the project, which cost an estimated $4,000.

The wagon is based on a modified racing Go-Kart chassis. The Radio Flyer wagon body is comprised of several bodies, welded into one unit. Power is supplied by a Predator 212 engine.

Schaller stated today was the first of a series of attempts at the world record and the goal is to exceed 45 miles per hour. 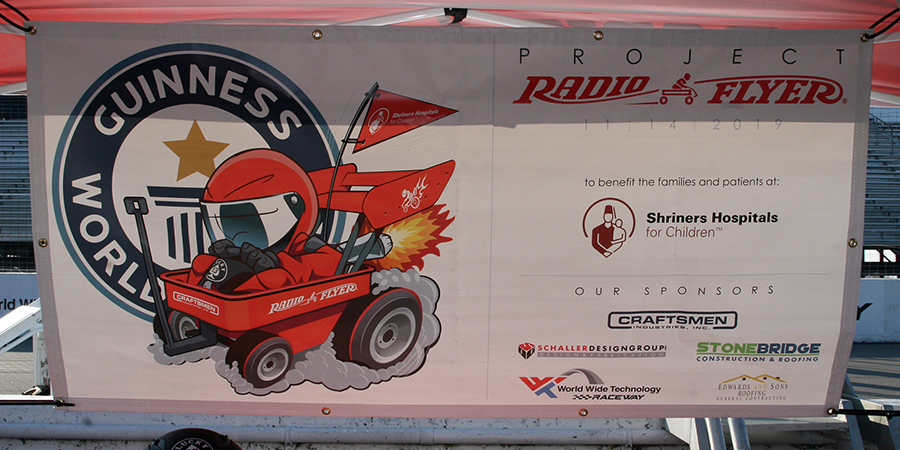