AUGUST 24, 2019 — MADISON, Illinois  – Takuma Sato held off a charging Ed Carpenter by .0399 of a second Saturday to win the Bommarito Automotive Group 500 presented by Axalta and Valvoline in the closest Indy car race in the 10-year history of World Wide Technology Raceway.

Sato (No. 30 Mi-Jack/Panasonic Honda) of Rahal Letterman Lanigan Racing overcame early issues that sent him to the rear of the field, but also put him out of sequence with the leaders. The misfortune ultimately put him in a position to win by virtue of the timing of the cautions. It was Sato’s second win of the season – the other came at Barber Motorsports Park – and fifth of his career.

Andretti Autosport’s Alexander Rossi (No. 27 NAPA AUTO PARTS Honda), who finished 13th, slipped from second to third in the title race and is 46 back. Chip Ganassi Racing’s Scott Dixon (No. 9 PNC Bank Honda) finished 20th due to a radiator issue and now trails Newgarden by 70. 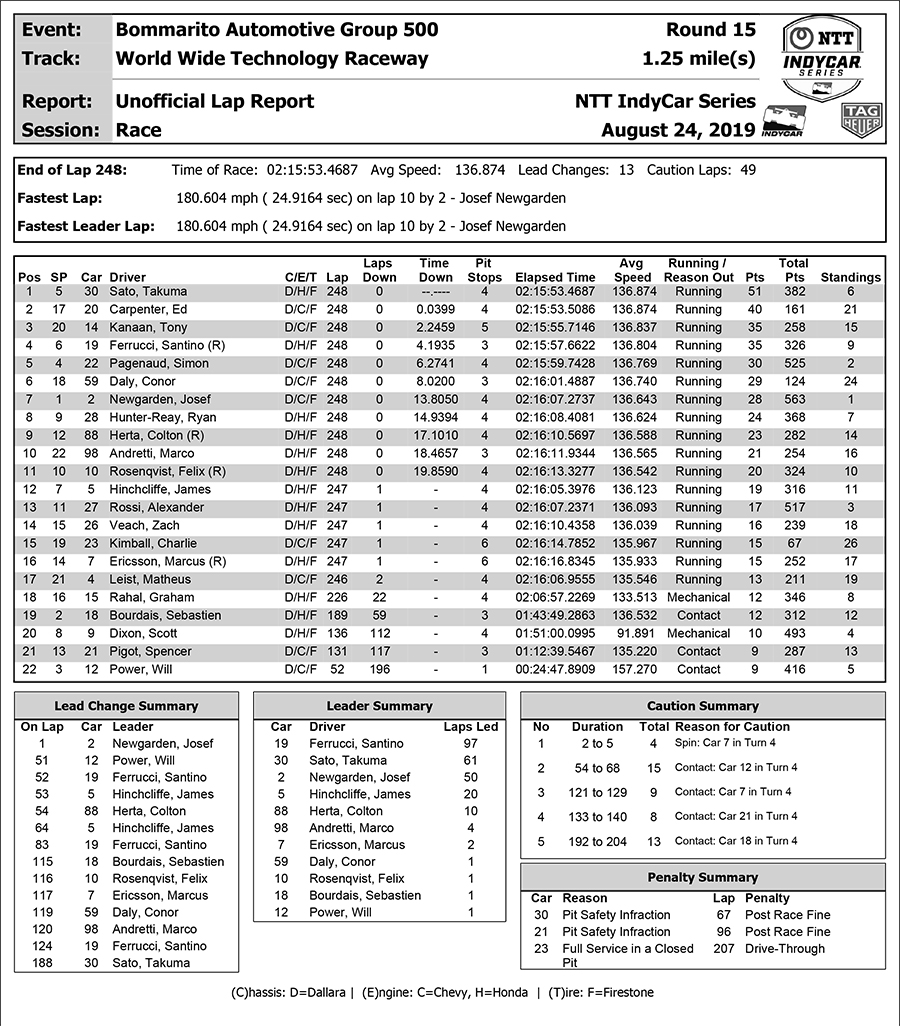