(above) March 29 — The winning car of Scott Andrews (Speed51 image)

The iRacing-on-TV concept has been popular with fans as they await the start – or resumption – of their favorite auto racing series.

“We were very pleased with the results of the first event and it’s a terrific starting point as we develop the World Wide Technology Raceway eSports League,’ said Chris Blair, WWTR’s Executive Vice President and General Manager. “The response from the racing community was amazing and to be able to watch the stars of so many racing series competing against each other at our virtual track shows you how our industry can pull together. While there have been other events in recent weeks, our race raised the bar by showcasing world champions. We fully engaged the best from the traditional motorsports world as well the top level of eSports racing.”

The next WWTR eSports event will be fine-tuned to make it more enjoyable for participants and viewers alike.

“In the future, we are going to condense these professional all-star events so they aren’t as long and we’ll limit the starting field to hopefully lessen the amount of caution periods,” Blair continued. “There’s some tremendous entertainment potential and we need to remain fluid as it evolves.

“We’ve been working for some time to dig deeper into eSports to broaden the appeal of racing to a younger audience. Our WWTR eSports League is developing multiple tiers of player options to include standard gaming consoles, such as X-Box, to the more advanced, PC-based racing programs such as iRacing. We want to offer a variety to develop young gamers into racers and then provide a ladder system to professional eSports.” 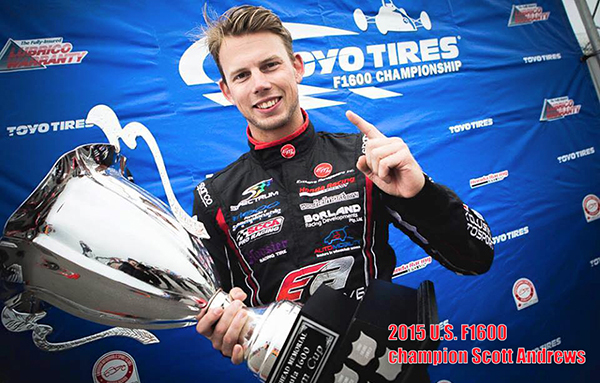 “I’ve been sim racing on and off for over a decade,” said Andrews, who now is based in Miami. “I started in my later karting years, (jokingly) back when you could get by with a Logitech steering wheel. I moved to the U.S. eight years ago and have been racing sporadically, using friends’ equipment. I haven’t had my own (sim racing rig) until five days ago. Sim racing like this at home keeps you sharp.”

“I knew I’d be competitive. It’s all about strategy, to be there at the end. I was stoked to make that late-race pass and I was very satisfied and happy to get the win.”

World Wide Technology Raceway is the home of INDYCAR, NASCAR and NHRA racing in the St. Louis region. Located just five minutes from downtown St. Louis and covering more than 380 acres, WWTR is the largest outdoor entertainment facility in the area. WWTR’s facilities include a 1/4-mile drag strip, 1.25-mile superspeedway, recently-expanded 2.0-mile road course, a state-of-the-art karting facility and a 14-acre, multi-purpose dirt off-road venue. WWTR acquired Gateway National Golf Links, adjacent to the speedway property, in 2019. WWTR was the recipient of the 2017 Outstanding Facility of the Year Award from the Race Track Business Conference and the 2017 Spirit of St. Louis Award from the St. Louis Attractions Association. In 2018, owner and CEO Curtis Francois received the Innovator Award from the St. Louis Convention & Visitors Commission in recognition of his work for restoring World Wide Technology Raceway (known then as Gateway Motorsports Park) to prominence.