For many Verizon IndyCar Series fans, the August 25 Bommarito Automotive Group 500 presented by Axalta and Valvoline at Gateway Motorsports Park will be their first look at the redesigned cars – considerably different from what they saw at the inaugural in 2017.

And for many of these fans, this race weekend may also be their first glimpse of the sport’s long and colorful history. Thanks to the efforts of the Vintage Indy Registry, 25 Indy cars – ranging from the 1930s to the 1980s – will be on display at the Open Wheel Icons pavilion.

Every car has been lovingly and meticulously restored. Many times, these cars were your classic “barn finds,” mere dusty shells of their former selves, missing lots of pieces and parts. It takes lots of time, money, skill, research and patience to properly put an Indy car back together but it’s worth the effort. Of course, each one comes with a briefcase full of interesting facts and anecdotes.

One of the many jewels of the Open Wheel Icons display is the 1963 Indianapolis winner of Parnelli Jones. The pearl white No. 98 “Old Calhoun” Watson Roadster was the next-to-last roadster to win at the Brickyard and was reproduced as a popular model AMT car kit, an instant hit with hundreds of thousands of crewcut young boys.

Even if you’ve never watched an auto race, you’ve probably heard the name AJ Foyt. AJ is America’s all-around tough guy motorsports legend – the only driver to win the Indianapolis 500 (four times), the Daytona 500, the 24 Hours of Daytona, the 24 Hours of Le Mans and the 12 Hours of Sebring. You can see his famed 1971 Coyote Ford at the Open Wheel Icons pavilion.

And these beauties are not just trailer queens – their owners will fire them up and drive them around  Gateway’s 1.25-mile oval on Friday and Saturday. It will be a sight to behold.

“One of our goals at Gateway has been to develop a world-class gathering of historic race cars,”  said Chris Blair, Gateway Motorsports Park’s Vice President and General Manager. “The hard work of Ron Nelson and Mike Lashmett of Vintage Indy Registry has enabled us to make a tremendous step toward this goal.  We see this segment of our event growing from year to year and believe it will become the premier showcase for the cars we dreamed about as kids.”

“The Vintage Indy Registry, which is dedicated to the history and preservation of Indianapolis cars from 1911 to 1997,  is pleased to announce its partnership with Gateway Motorsports Park in bringing  the iconic cars of Indy past into the present during the Bommarito 500 weekend,” said Michael Lashmett of the Vintage Indy Registry. “While INDYCAR continues forward with positive momentum, interest in vintage racing automobiles is rising as well.  Thus pairing these two together is a winning combination for all race fans in the greater St Louis area.”

Tickets for the second annual Bommarito Automotive Group 500 presented by Axalta and Valvoline may be purchased online at www.wwtraceway.com or by calling the GMP ticket office at (618) 215-8888. Tickets start at just $35. Kids 15 and under are free (general admission) with a paid adult. Support races include Indy Lights and the Pro Mazda Series. New this year is the addition of the NASCAR K&N Pro Series East and West Gateway Classic 150 presented by the West Coast Stock Car Hall of Fame on Friday.

Schedule is subject to change. 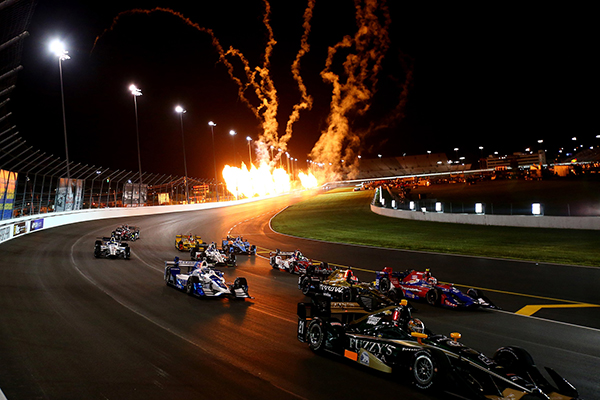