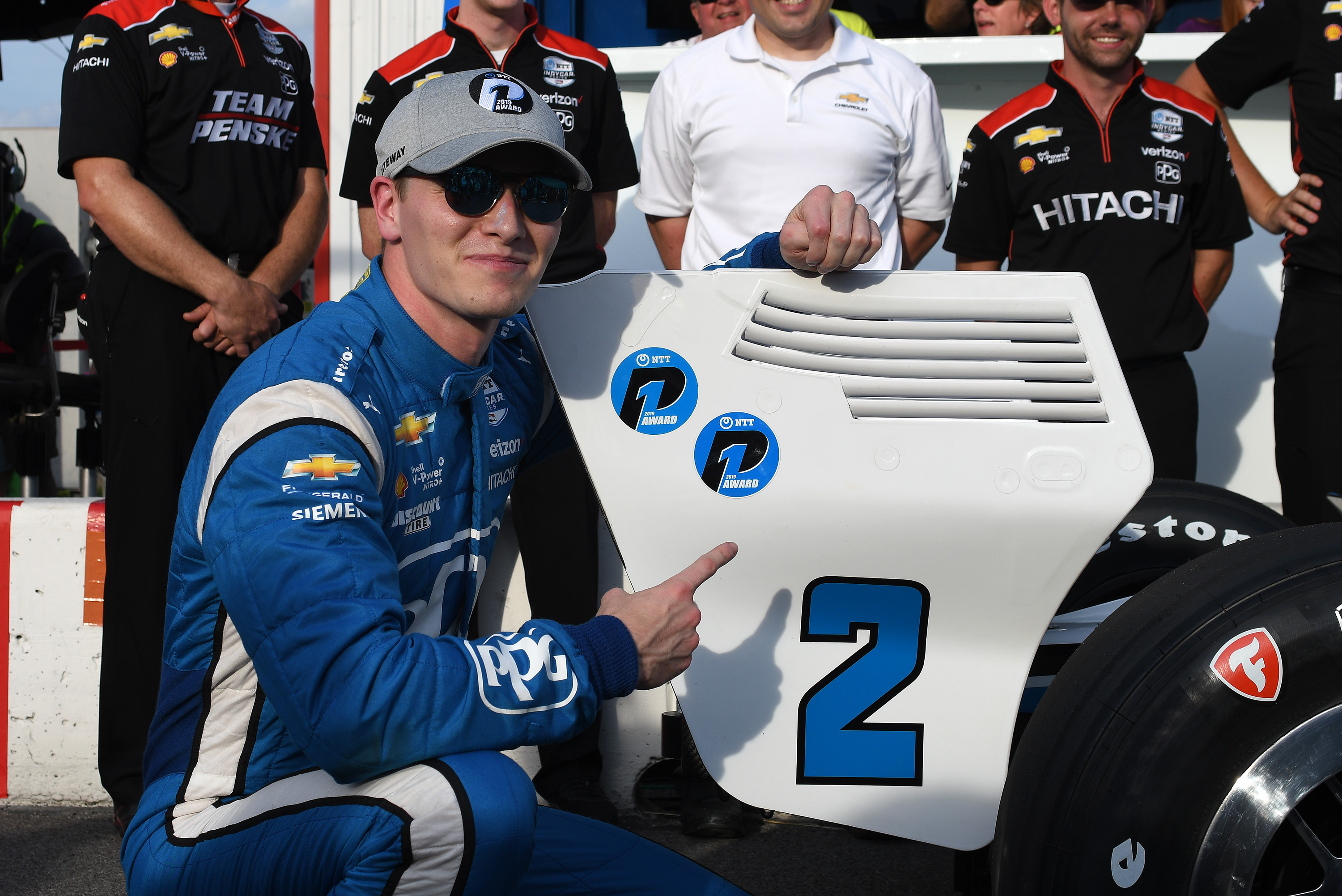 It was his second pole in succession, the third of the season and eighth of his career. He sat on the pole last week at Pocono by points after qualifying was rained last week. Newgarden won the pole at the second race at Belle Isle in Detroit earlier this season.

“When you roll off with a car that’s fast, you feel comfy,” Newgarden said. “It gives you a lot of confidence. We came with a different philosophy (than last year) and it was perfect. It was right on.

“It’s hard to do that. You try to make that happen every weekend. It happens once or twice a year.”

Bourdais is hoping to use his speed to complete the entire race. Last year, he wrecked in Turn 2 on the first lap of the night and was finished.

“Massive commitment by the team,” he said. “We unloaded quick. We were hoping and it worked out for us.”

Power said he had a slight issue in Turns 1 and 2 on his second lap.

“Just cost me a little,” he admitted. “The car is good, just had that moment. I think it would have been close. I don’t know how close it was…but think it was close.

“It was on the right rear and then it just let go and I had to catch it and get off the throttle and get back on it again.”

Pagenaud had some difficulty on his first qualifying lap, but got things in order for lap 2.

“The car was very active in turn three then turn four,’ he said. “It came alive on the second lap so it was time to be very aggressive on the second lap. I am very happy with the performance. The 22 team did a tremendous job. Team Penske and Chevy as usual gave me a very fast car.”

It was Lindh’s fourth pole of the season. He started from the front at both races of the Indy GP in May and at Road America in June.

Lindh has two victories this season. The 55-lap event is set for 1:45 p.m. Saturday.

It was Askew’s seventh pole of the season. He has six victories. He also leads the points standing with 349, 45 more than fellow rookie Rinus VeeKay (304).

VeeKay, 18 of Hoofddorp, Netherlands, who races for Juncos Racing, will start on the outside of the front row (159.288).