January 17 – Gateway Motorsports Park today received the prestigious and coveted 2017 Spirit of St. Louis Award for its inaugural Verizon IndyCar Series race, the Bommarito Automotive Group 500. The Spirit of St. Louis Award is a nominated program, activity or event that has contributed to the St. Louis region in that it has raised public awareness, increased visitorship, or in general had a positive impact on the tourism and hospitality industry.

“I would like to say thank you on behalf of Gateway Motorsports Park and our staff,” said owner and CEO Curtis Francois. “There were so many people involved. Our staff worked tirelessly to make the event a success. We reached out and tried to educate the community as to what this event means to St. Louis. It was a community effort to make this work.

“We’re looking forward to the future. This was the first of a five-year deal. We’ve been asked to go to different areas and tell them what we did to promote this. It was pretty simple: We got the community involved.

“To know we were in competition for this award with so many other events last year in the St. Louis area makes it truly gratifying.”

The award was presented by SLAA president Jennifer Hollenkamp. 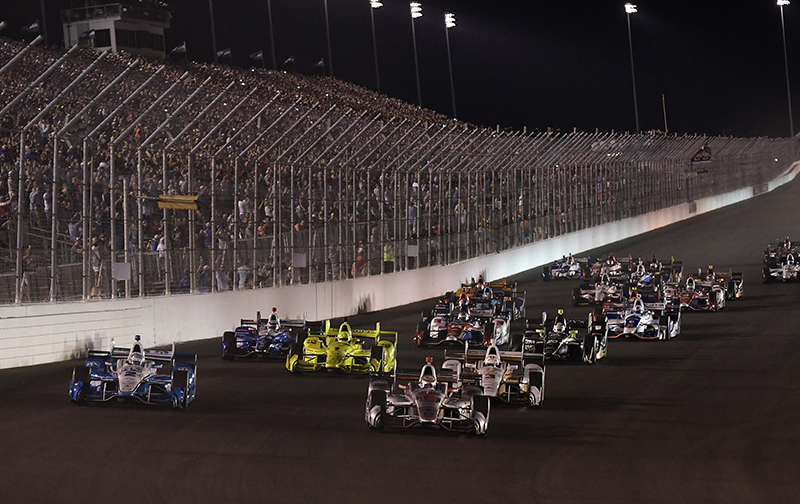 Will Power leads the field to the green flag for the start of the inaugural IndyCar Bommarito Automotive Group 500 on August 26, 2017, at Gateway Motorsports Park. (Photo by Michael Allio/Icon Sportswire)

About the St. Louis Attractions Association

The Saint Louis Attractions Association (www.stlattractions.org) is a not-for-profit organization formed in 1987 to exchange ideas, methods, and information pertaining to all aspects of the operation and administration of an attraction and its impact on the tourism industry. Active members represent attractions, lodging facilities, tour companies, transportation companies, caterers, receptive operators, visitor publications, destination marketing organizations, special events planners, restaurants, and shopping areas from throughout the Saint Louis region.