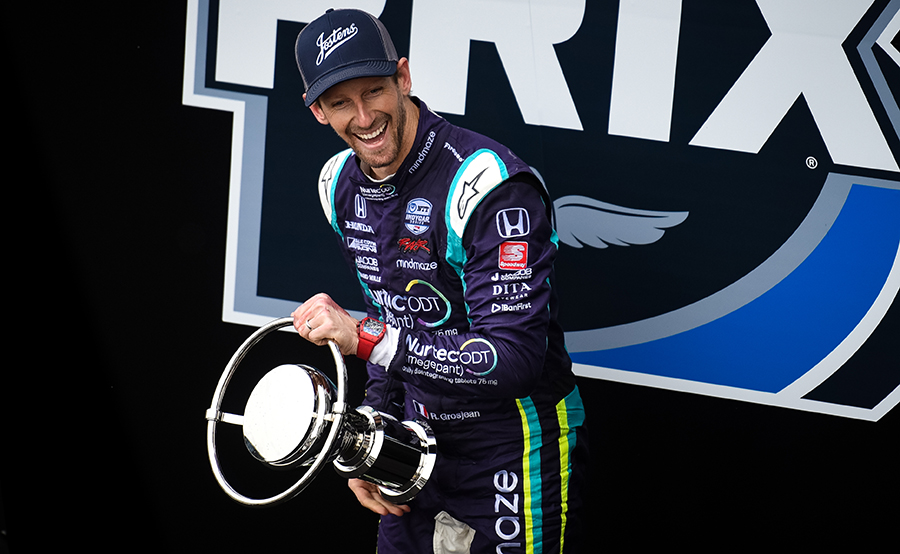 Romain Grosjean didn’t create the buzz, he perpetuated it. Amplified it. This particular commotion is ignited when a Formula 1 driver enters the NTT INDYCAR SERIES arena. Some drivers only attempt to qualify for the world’s most famous auto racing event, the Indianapolis 500. Others, at the end of their F1 careers, sign up to compete on the series’ road courses and street courses. And a handful of others join up for the full schedule.

After 180 starts, Grosjean’s F1 career ended in 2020. On February 3, it was announced he had signed with Dale Coyne Racing with Rick Ware Racing to compete in INDYCAR’s road and street races for 2021. At the time, ovals were not in the picture. The racing world started buzzing: another F1 driver was coming to race in North America.

“I’m very excited for this opportunity to race in the United States in the NTT INDYCAR SERIES,” Grosjean said. “I had different options in front of me for this coming season and choosing to go IndyCar racing was definitively my favorite one. It will be exciting to challenge for podiums and wins again.”

“We’ve been talking to Romain for some time now,” commented team owner Dale Coyne. “He has shown interest in the NTT INDYCAR SERIES for the past several months and we’re very happy that he has chosen to pursue his career with us and excited to welcome a driver with his pedigree to America, the series and our team. We feel that he’ll be a force to be reckoned with in the Series.”

The man from Switzerland made it clear he had come to race. In only his third INDYCAR race, Grosjean won the pole – the NTT P1 Award – and finished second at the May 14-15 GMR Grand Prix at Indianapolis.

Suddenly there were rumblings of a possible interest in racing at World Wide Technology Raceway, since the 1.25-mile, egg-shaped oval offered a challenge but not the 200-mile-per-hour speeds of Indianapolis and Texas. The St. Louis region commenced to buzz: Grosjean might make his oval racing debut in Madison, Illinois.

The buzz increased when Grosjean’s team reserved July 27 as a test day at WWTR. Team owner Coyne told Motorsport.com, “We’re going to test with Romain at Gateway on July 27, because we have every intention of doing the race there next month.”

Like many F1 and INDYCAR stars, Grosjean’s motorsports career began in karting. His open wheel career started in 2003 and he worked his way up the long ladder to F1 in 2009. Offered the opportunity as a Renault F1 test driver, it quickly developed into a chance to compete in the final seven races of the season.

Though Grosjean is the most recent and welcome addition to the fold, F1 drivers competing in Indy Cars is not new. In 1950, the Indianapolis 500 was the third race on the FIA’s F1 schedule. The entire 1950 F1 season  consisted of six races (Britain, Monaco, Switzerland, France, Belgium and Italy) and the Indianapolis 500, which was conducted under AAA rules. American Johnnie Parsons won the rain-shortened 1950 Indy 500, his first and only F1 win. In 1952, Italy’s Alberto Ascari finished 31st due to wheel failure. By 1961, the greatest spectacle in racing no longer was a date on the F1 schedule, but that didn’t stop Grand Prix drivers from taking their shot at kissing the bricks. Scotsman Jim Clark ushered in the era of victorious mid-engine cars when he won the 500 in 1965. In 1966, Clark finished second to fellow F1 star Graham Hill, and Jackie Stewart took sixth place. 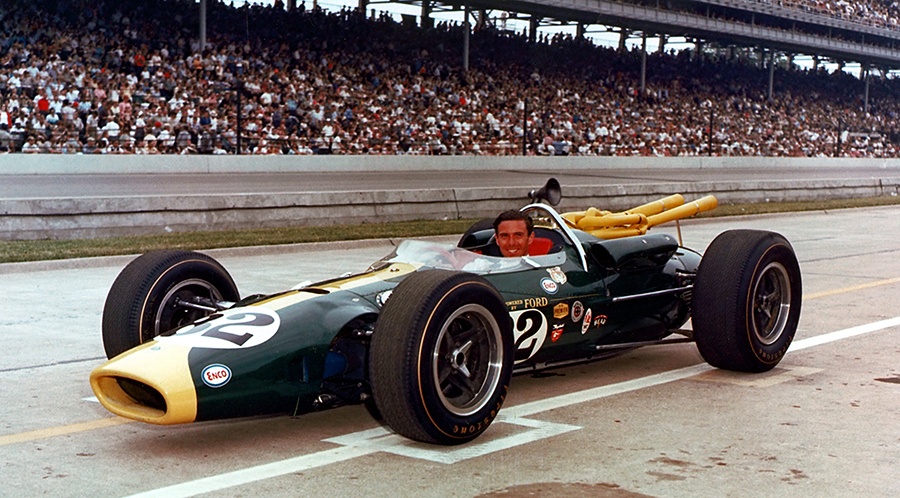 The parade of F1 drivers invading Indiana continued into the modern era, including Emerson Fittipaldi, Jacques Villeneuve, Eddie Cheever Jr. and Juan Pablo Montoya, to name a few. Spanish F1 racing sensation Fernando Alonso commanded the world’s attention when he crossed the pond to enter the 2017 Indy 500. As a rookie, he finished 24th while former F1 driver Takuma Sato drank the milk in victory lane. This year, eight drivers competing in the Indianapolis 500 previously logged seat time in F1 cars.