Ross Chastain, who was disqualified from a win last week at Iowa Speedway, won without an issue Saturday night in the sixth annual CarShield 200 by CK Power in the NASCAR Gander Outdoors Truck Series at World Wide Technology Raceway in Madison.

Chastain, 26 of Alva, Florida, driving the No. 45 CarShield.com Chevrolet, beat Todd Gilliland by 0.704 seconds for the victory. Stewart Friesen wound up third.

Last Sunday, Chastain defeated Brett Moffitt, but Moffitt was awarded the win when Chastain’s truck was found to be too low in the front end during post-race inspection.

Chastain is nicknamed  “The Watermelon Man” because he carried a watermelon around in his racing vehicle in case he won a race so he could smash it in victory lane.

Eckes was almost a sure-bet to finish second Saturday night. But he spun in Turns 1 and 2 on the white-flag lap and wound up 14th. Eckes had finished second in the ARCA Menards Series Day-to-Day Coffee 150 earlier in the day at WWTR.

“Guess who passed tech today,” Chastain shouted when he walked into the media center. “We were all mad. The punishment did not fit the crime. But NASCAR set a new precedent and they did not waver one little bit.

“We were mad. I’m not saying we had the fastest truck tonight. It was about execution. The last thing I say before the race is ‘execute’ because if we do we can win.” 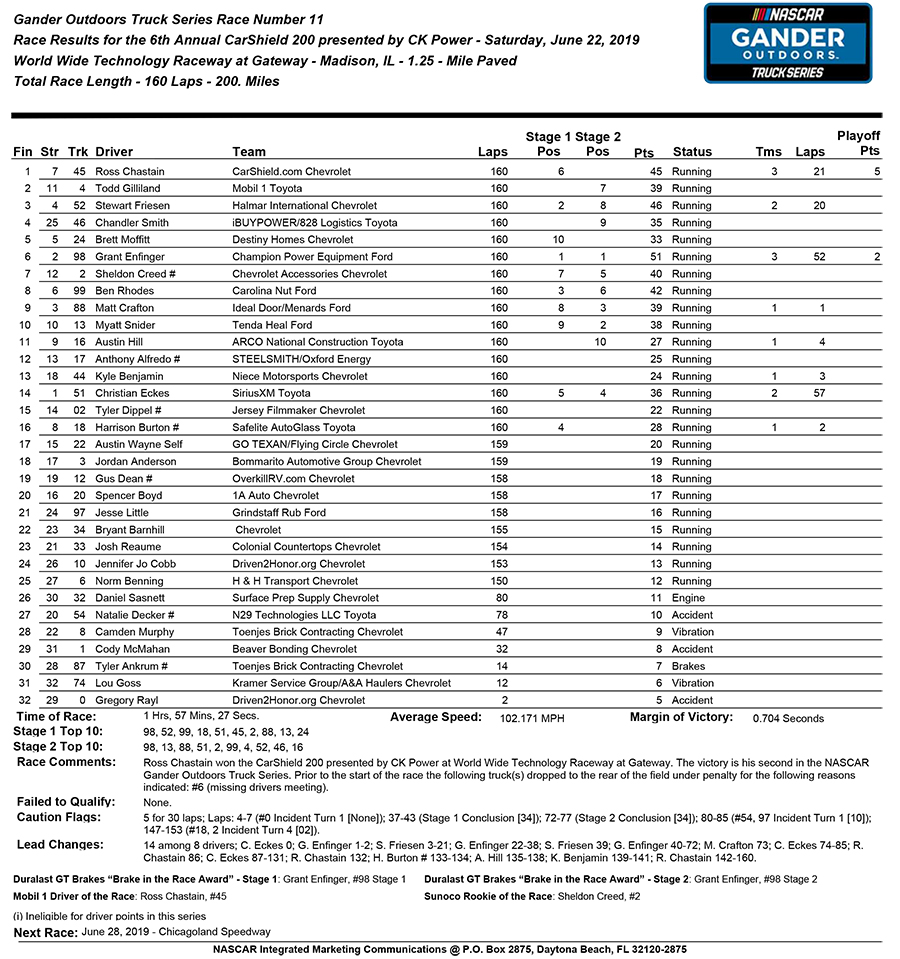