It’s coming down to crunch-time in the battle for this year’s Indy Lights Presented by Cooper Tires championship. At stake is a scholarship to guarantee the champion’s entry into a minimum of three NTT IndyCar Series events in 2020, including the 104th Indianapolis 500.

The top rung on the unique and highly acclaimed Road to Indy Presented by Cooper Tires, which offers prizes and awards to assist talented young drivers to make their way up from the grassroots of the sport, has proven to be a two-horse race between Oliver Askew, 22, from Jupiter, Fla., and Rinus VeeKay, 18, from Hoofddorp, Netherlands. 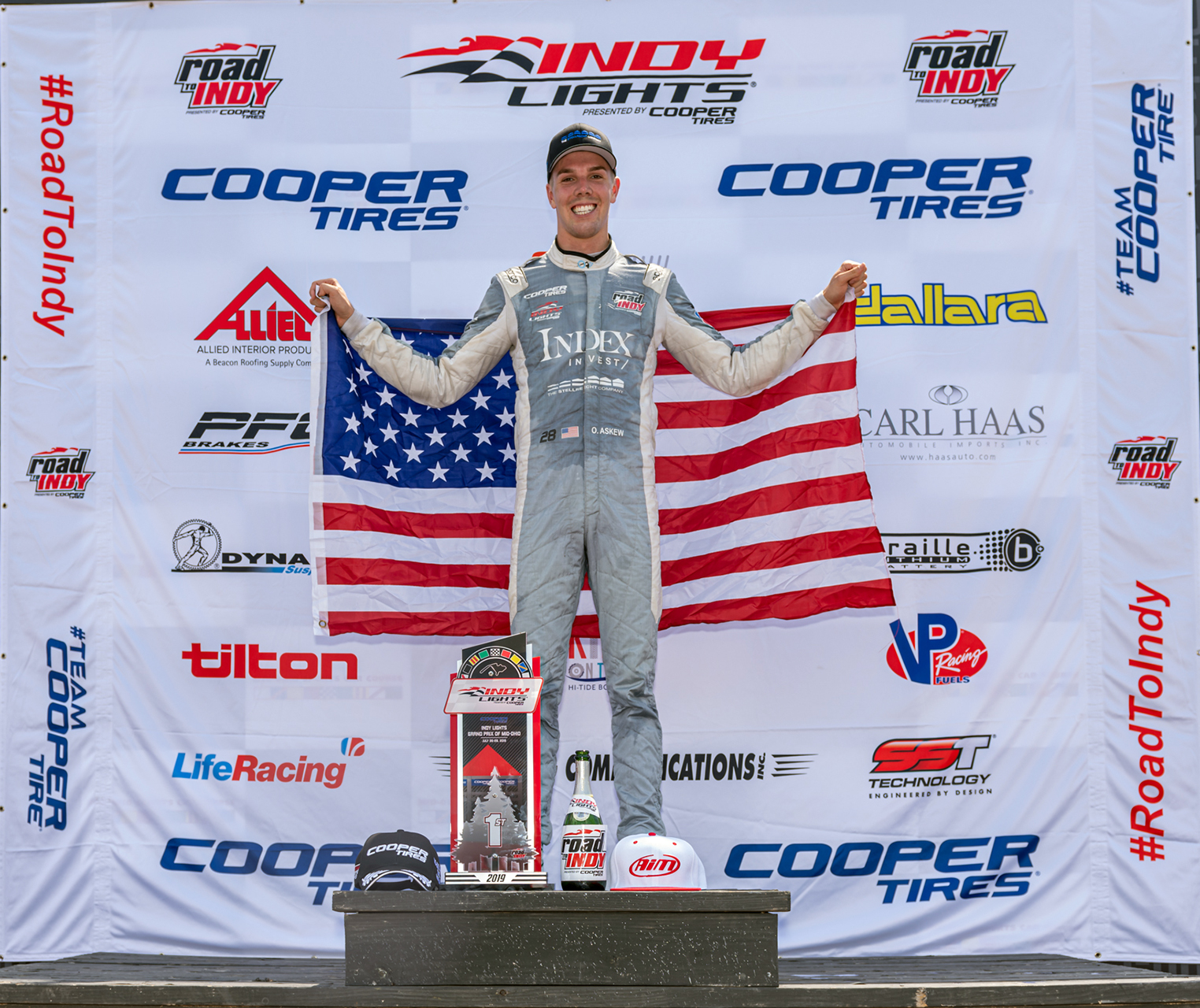 After ultra-successful careers in karting, the pair have been closely matched ever since making their car racing debuts on the first level of the Road to Indy ladder in 2017. Askew, from Jupiter, Fla., earned his opportunity to move up from karting by winning the previous fall’s Mazda Road to Indy USF2000 $200K Scholarship Shootout. He emerged on top that first year, beating VeeKay to the Cooper Tires USF2000 Championship and claiming another scholarship prize to move onto the 2018 Indy Pro 2000 Championship Presented by Cooper Tires. But then VeeKay took his revenge, winning the title and a scholarship valued at close to $600,000 to graduate this year to Indy Lights.

The rivalry has continued unabated. Each man claimed three wins from the opening half of the season, but since then Askew has gone on a tear, winning on the streets of Toronto, Canada, and then sweeping the two most recent races at the Mid-Ohio Sports Car Course for Andretti Autosport. Askew now holds a healthy 45-point advantage over Juncos Racing’s VeeKay with five races remaining, including this weekend’s Cooper Tires Indy Lights Oval Challenge.

Others to watch include Ryan Norman (Andretti Autosport), from Aurora, Ohio, who snatched his first-ever Indy Lights win here at World Wide Technology Raceway at Gateway one year ago with a breathtaking pass on Colton Herta; VeeKay’s Canadian teammate Dalton Kellett, who has developed a particular affinity for the ovals; and Englishman Toby Sowery (BN Racing/Team Pelfrey), who shone at the only other oval race this season – the Cooper Tires Freedom 100 at the Indianapolis Motor Speedway in May – before having to settle for fourth (behind Askew, VeeKay and Norman) and is enjoying a fine streak after finishing second in two of the most recent three races. – Jeremy Shaw